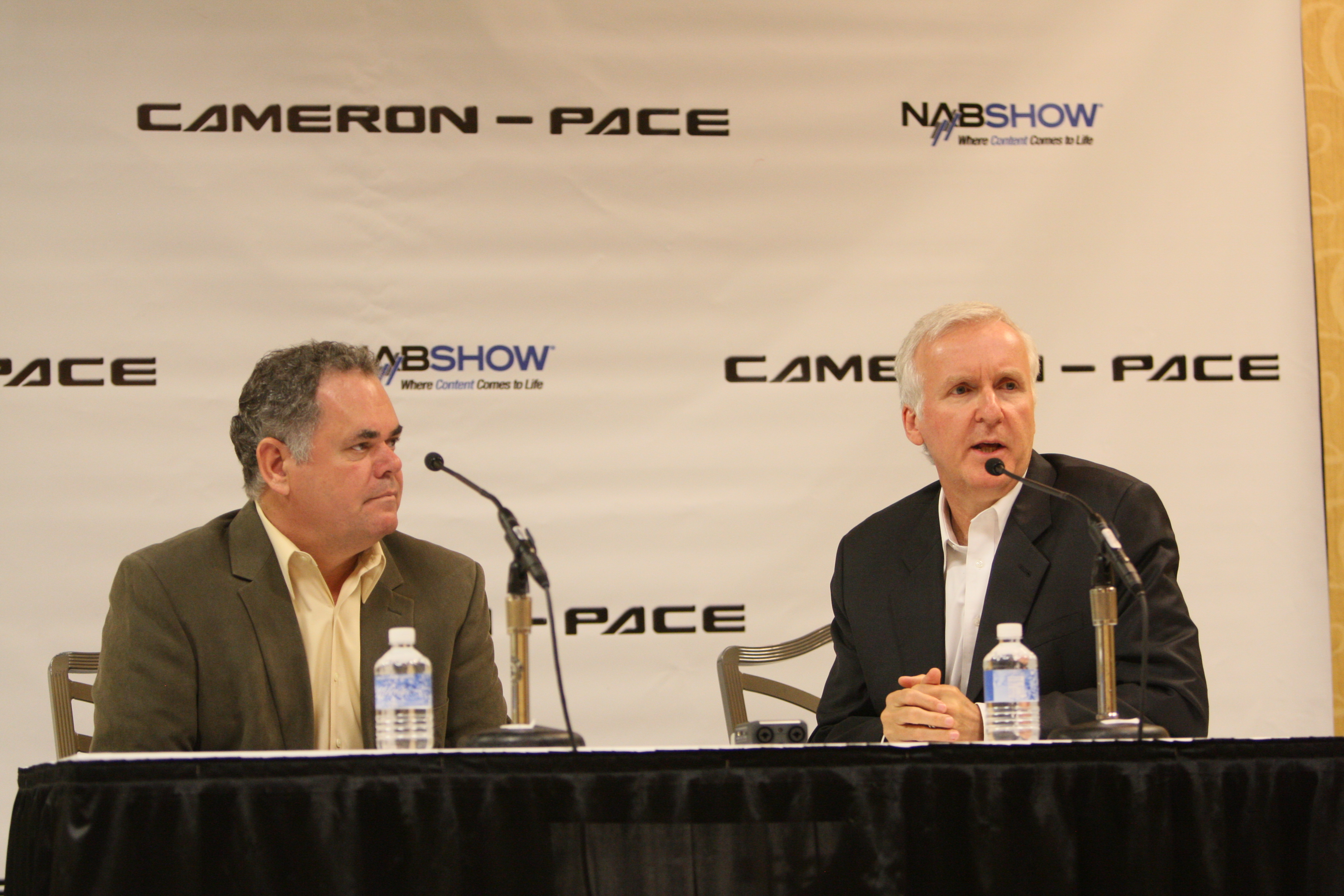 The use of 3D in broadcast TV will see “explosive growth” over the next few years according to Avatar director James Cameron.

Speaking with Vince Pace, his partner in the 3D camera technology venture Cameron Pace, at the NAB show in Las Vegas yesterday, Cameron said that the key to the success of 3D both in broadcast and cinema, was the integration of 3D production with existing 2D processes. Cameron told NAB attendees that 3D had unified the worlds of movies and video. “We’re using the same lenses and same sensors in both places,” he said. Development of technology could be “amortised across the whole sector – there’s never been a moment like this in history before,” said Cameron.

Cameron said there had been 35 3D cameras used, paired with 2D equipment, at the ESPN Winter X games. He said there was little point in broadcasters treating 3D as a side activity to 2D broadcast. The key was to integrate the two. “The industry has moved towards the concept of ‘5D’ – of integrating 3D with 2D,” he said.

Cameron said that “despite the naysaysers”, 3D broadcasting was progressing. The legacy approach of separate trucks for 3D and the allocation of inferior camera positions to 3D crews at live events was becoming a thing of the past, he said. 2D cameras and 3D cameras were now sitting side by side. “The important thing is that we are now shooting 3D as if it’s not special…using the same operators and the same general production strategy,” said Cameron.

Cameron said that the message his company had put out was to encourage broadcasters to believe they knew what they were doing, and promising to overlay the 3D equipment and processes on what those broadcasters already did. He said that he had not looked on the production of Avatar primarily as the making of a 3D movie, but had sought to integrate the 3D elements with 2D, knowing that the film would be distributed in 2D as well as 3D. Shooting 3D only made sense, he said, if production units were integrated so that 3D shared the best camera positions as well as the expertise of the existing 2D production crew on live events. 3D also had to be shot for the same cost as 2D, which again would be enabled by the integration of 2D and 3D teams. Cameron exhorted broadcasters not to “give us one episode to shoot” but to commit to simulcasting entire seasons of shows and series of games both in 2D and 3D in order to bring the costs of producing the latter down over time.

As part of their NAB presentation, the pair showcased a film Cameron was making, in the role of producer, about the Cirque de Soleil circus group, directed by Andrew Adamson and to be released by Paramount.

Cameron’s technology partner Pace said that the pair’s company had been created with the view that broadcast 3D was going to be a success story. He said that ESPN had approached the company to cover the Winter X games by integrating 2D and 3D production. “ESPN threw their best people at it, and these are the kind of people who work with us to make these success stories,” said Pace.

Pace said that the company had introduced a ‘shadowing’ approach for 3D coverage of the US Masters golf tournament, tapping into the expertise of existing 2D crews.

Cameron Pace used the NAB show to highlight a range of equipment designed to work alongside 2D equipment, including its new Epic Shadow camera system, the Alexa M Shadow lightweight camera, Mini X-Frame integrated set control centre, the MaxRemote Shacow Cam and the Shadow D, which can be top-mounted or side-mounted with existing 2D cameras.