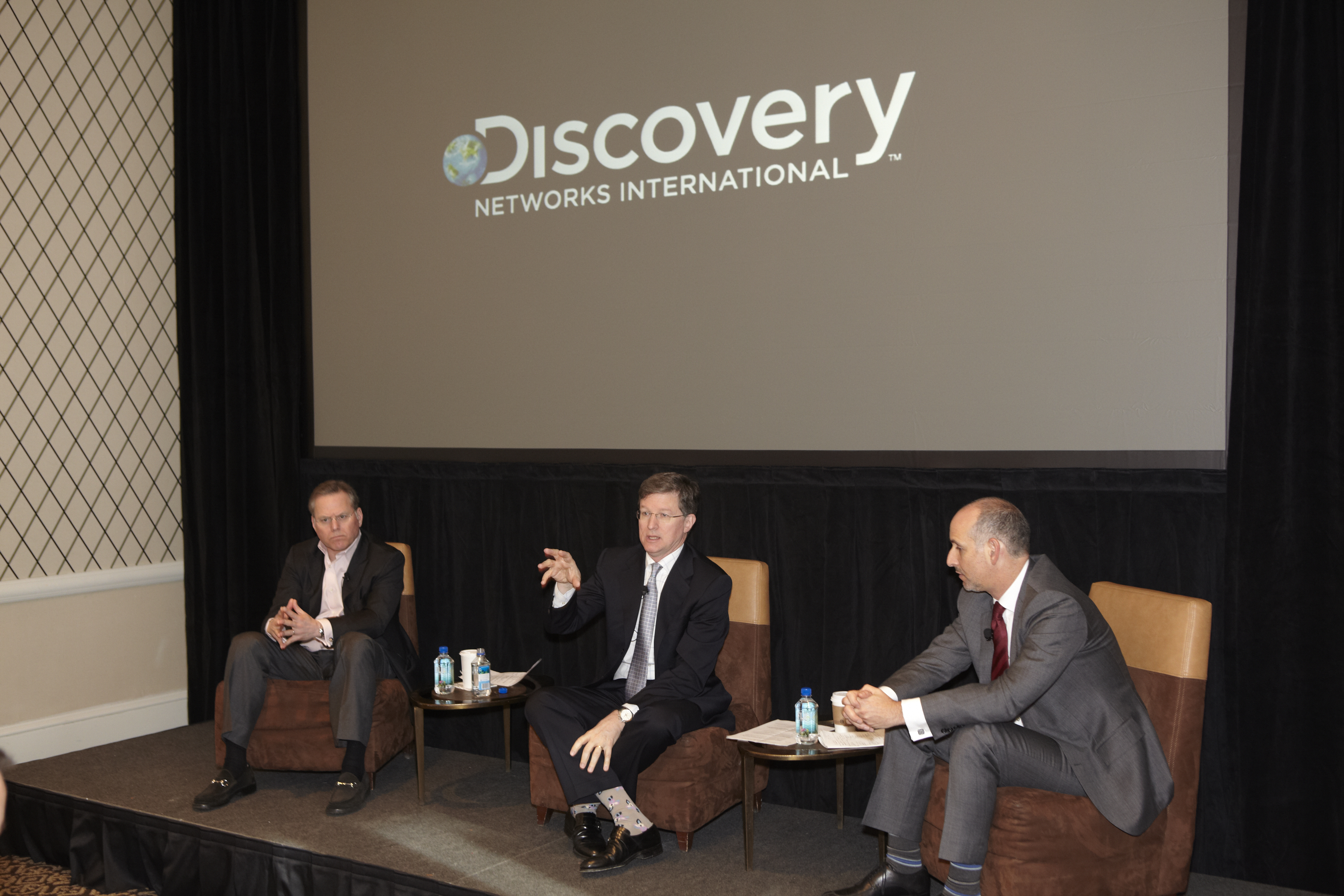 Speaking ahead of Discovery Communications’ ‘upfront’ presentation to advertisers in New York, David Zaslav, president and CEO of the pay TV broadcaster, emphasised the increasing importance of the company’s international business.

Zaslav said that while the US market was “very competitive” and “a fight”, some international markets were showing strong signs of growth. “A number of emerging markets feel a lot like US in the 1990s. It’s very advantageous to be in the content business when you have subscriber growth and viewer growth,” he said.

Zaslav highlighted the success of female skewing network TLC, which, 18 months after launching, is available in over 170 countries. “It’s making money for us,” Zaslav said, adding that he pleased with how well the channel’s US produced content has travelled.

Mark Hollinger, president and CEO of Discovery Networks International (DNI), said that the company was well placed to sustain its growth outside the US because of its access to content, the fact it began operating internationally as early as 1989 and its local presence in the various markets in which it operates.

“We have an enormous pipeline of content centred on the non fiction genre. We can take full advantage of that for our international business,” he said. “We also got out early – we targeted the international market in 1989. If you look at companies trying to expand internationally at this point, it’s much harder in terms of bandwidth, relationships and presence on the ground.” Hollinger pointed out that DNI has 38 offices worldwide, enabling it to run an international business “on a local basis”.

Zaslav and Hollinger also spoke about Discovery’s digital strategy, having struck content deals with online platforms Netflix and Amazon in the US.

Discovery is playing a waiting game when it comes to launching service on over-the-top platforms, according to Zaslav. “There are a lot of content companies that moved a lot of content onto the web four or five years ago. We looked at other ways to nurture our brands and increase market share. We will have to wait and see how [OTT platforms] develop; we want to understand how people view content on those platforms,” Zaslav said.

Speaking about Netflix in the US, Zaslav said it had grown into a “meaningful business”, but he pointed out that Discovery only offers library content over 18 months old on the platform. So far, the deals haven’t impacted viewing of its core TV channels, and Zaslav hinted that OTT could offer an incremental revenue stream. “It’s very hard to know what’s going to happen but clearly people are going to start consuming content on platforms other than the TV. It’s a very interesting time to be in the business. If you own the content it’s the best time, because there are a lot of people that want to buy it,” he said.

Hollinger said that in Europe there weren’t any online platforms existing today that could provide substantial revenue opportunities. “Generally speaking, the opportunity to move into broadband delivered video internationally has not [happened]. International markets have been a bit behind where the US is. We will see how it plays out in US over time,” he said.

Hollinger added that next generation cable platforms like Liberty Global’s upcoming Horizon service was a good opportunity to deliver more content to customers.