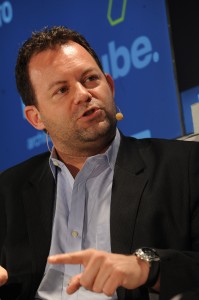 “Virtual media company” Machinima plans to launch a Machinima Prime channel, expand its international presence and take part in YouTube’s first advertising upfront in May, according to Philip Debevoise, president and co-founder, speaking at the MIPCube event in Cannes this morning.

Machinima focuses on males aged 18-34 who are into gaming culture. The company distributes its content on YouTube rather than via its own destination site. Machinima has aggregated the work of about 4,000 directors to date. “Our goal this year is to go deep in each country and develop content in local language for each country,” said Debevoise. He said the company will also launch a Machinima Prime channel delivering primetime-quality content. “We will expand the programming we offer for that core audience,” he said.

YouTube has organised its first advertising US network-style ‘upfront’ for internet channels, which will be held in May. Machinima, along with Vevo and other internet channels, will take part in this event. The upfront is designed to place YouTube on the same level as US TV networks and cable MSOs as a platform for video advertising.

Machinima’s platform delivered instant reaction online enabling the company to decide whether or not to commission new episodes and original material, Debevoise told MIPCube attendees. Machinima aired 11 billion videos last year. The site started out looking primarily at animation based on games but has branched out to develop a wider range of material. Titles recently developed for the platform include Mortal Kombat: Legacy. As well as original series, the company has also developed unscripted and live action sports events. Debevoise said that Mortal Kombat generated a global audience of 38 million. Machinima is looking to expand its offices in other countries, having already launched an international presence in London, said Debevoise.

If Machinima premiers a new show, it works with its creative partners to promote the content. It tries to bring different content creators in the network together and also subsidises the creation of shows. “We’re both a traditional studio as well as a network,” said Debevoise. A presence on YouTube allows the company to distribute content globally as well as to geoblock or geotarget certain content. Debevoise said that 40% of the company’s audience is in Europe.

Addressing the absence of a global market for advertising, Debevoise said that the company had developed global campaigns, delivering adverts targeted at different countries.

“We’ve developed a platform that can really deliver an audience,” said Debevoise. The young male gaming culture-obsessed audience identified closely with the Machinma network, he said. “In some countries you might want to partner, but we’ve also worked very closely with YouTube and Google to monetise content.” In addition to working with Google, Machinima also has its own sales force.

Debevoise said that Machinima would also look to other platforms including Facebook.