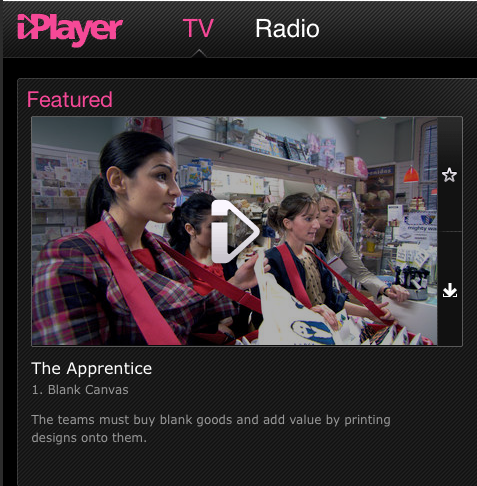 BBC Worldwide’s Global iPlayer service will enable the BBC to hedge against the relative decline of linear viewing without cannibalising the existing content sales channels of the UK public broadcaster’s commercial arm, according to Matthew Littleford, general manager of Global iPlayer.

Addressing the IP&TV World Forum in London this morning, Littleford said that the BBC had launched global iPlayer, following the huge success of the UK catch-up service, because the BBC knew this was what viewers wanted. He referred to the example of the fate of Kodak, which had invented the digital camera, but had failed to develop the concept because it threatened to cannibalise its existing business. “They were the first people to create a digital camera,” he said. “The owners felt it would cannibalise its core business. As a result, Kodak set itself up for long-term obsolescence.”

Littleford said linear TV was “far from dead” but alternatives were “very much there” and it was vital for the BBC to prepare for the moment. He said iPlayer in any case offered a complementary viewing experience rather than something that would cannibalise linear broadcasting.

Addressing the possible threat of cannibalisation of existing content sales overseas, Littleford said: “I don’t believe in cannibalisation. In the UK…we see all boats rising at once.”

While the UK iPlayer is primarily a catch up service, the global service mines the BBC archive in a different way. The Global iPlayer app is currently free to download, but offers a paid for subscription service that primarily showcases BBC archive content and content from other UK producers. Littleford said that iPlayer had just struck its first global acquisition deal, with So Television, which makes the So Graham Norton show.

Littleford said all shows on Global iPlayer were editorially selected. He compared the service to a boutique store, which guides buyers to goods they may not have known they wanted. He gave the example of once-controversial mockumentary Ghost Watch, with Michael Parkinson, originally aired in 1992, and now a popular choice on Global iPlayer. “Using curation we can broaden our users’ consumption,” he said.

Littleford said that 80% of Global iPlayer users accessed the app each week. About 35% watch more than one programme while using the service and 25% browse for additional content after viewing a programme. The service currently has about 20,000 followers across social networks including Facebook. Littleford said that, although the number is small, the feedback provided is extremely useful. He said that BBC Worldwide had decided to take BBC Radio 1,2,3 and 4 onto the service as a result of feedback via social media. Social website feedback also guided the editorial team in taking decisions about which content to make available in which territory. “Social media has always been baked into what we do,” he said.

Global iPlayer is currently still in a beta phase of rollout. Littleford said that the service offered, for the first time, a feedback channel telling the BBC what people were viewing in different territories. This consumer insight could feed into format development and content development in the future. “There is massive value in this data,” he said.

Opening up the BBC archive to monetisation was the second objective of the platform, he said. “Scarcity of display is no longer an issue,” he said. “A platform like this is the ideal place for us to let viewers access the range of content that we offer.”

Third, he said, iPlayer showed the value of video-on-demand going forward. The beta phase would show what consumers wanted from a VOD service.

Littleford said Australia was the biggest market for Global iPlayer to date, despite being the most recent in which the service has launched. On average, Global iPlayer users watch four shows per week and 20% of users download shows to view offline. Many viewers watched the service via big screens or smartphones rather than iPads, the original launch platform. Using HDMI or AirPlay to watch on TV enabled people to share the experience with family and friends, he said. Littleford said that Global iPlayer viewing is analogous to linear, with peak viewing at 21:00 and spikes at 07:00 for kids shows and at weekends.

Some of the most popular shows were surprising, including Secrets of Scientology, a Panorama special, he said. Documentaries are popular in Ireland but not in Australia. Dr Who is especially popular in Scandinavia while cookery shows are popular in Germany. Favourite shows overall include Dr Who, Little Britain and Gavin and Stacey.

Littleford said the BBC had the ambition to offer recommendation based on real viewing habits. For example, he said, fans of Top Gear typically like Sherlock but not Gavin and Stacey.

Littleford said that the top 40% of iPlayer shows delivered 60% of views, a significant shift in favour of the long tail from the normal 80:20 rule.