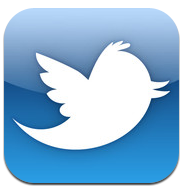 Broadcasters should extend their use of social media platform Twitter beyond relying on its “spontaneous” use to engage audiences and drive viewership, the social media company’s UK general manager Tony Wang told attendees at the IP&TV World Forum in London this morning.

“Social TV is based on a fundamental human instinct – to share the experience,” said Wang.

Tweets were the equivalent of exclamation marks expressed by the audience of a show, said Wang. Twitter allowed viewers to share not only with family and friends but with the world, he said, adding that there were three broad approaches broadcasters could take – spontaneous, organised and artful.

Broadcasters could just put shows on air and wait for people “to show up to the the party”, he said. About 80% of young people used second screens while watching TV and 72% used social media, according to research cited by Wang. Social traffic could emerge spontaneously, with social teams involved in shows and live events taking advantage as it happened.

He said that 72% of young viewers were prompted to start watching a show by positive comments, while 64% had their interest in a show prompted due to social media about the show topics and storylines, and 13% liked to watch a TV show that others are watching. Some 77% of young people said social media helped hold interest in a TV show, while 66% said show storylines discussed on social media were interesting.

Certain tools could increase interest – hashtags on air, creative calls to action, ‘@’ names on air and allowing the audience to shape the narrative, said Wang.

Wang said that hashtags on air such as #oscars immediately gave viewers a prompt. Locog’s ‘one year to the Olympics campaign’ created a spike during a live broadcast at Trafalgar Square by the BBC, and mini-spikes within that larger spike appeared when the hashtags appeared on air, he said.

At handles on air is a “powerful way to get followers, almost like subscribers,” he said. He cited the example of OxygenLive, an experiment by the Oxygen network in the US, which had onscreen talent Tweeting live during the show in which they appeared. On the eastern side of the US, where the experiment ran, the network saw a boost of 109% in viewership, but on the West Coast, where the show was unaccompanied by the live Twitter feed, the increase was only 9%.

Wang cited the example of Survivor host Jeff Probst, who live Tweeted during every episode in 2011, leading to a fourfold icrease in viewership.

Creative calls to action via ‘talentcams’ are another way for broadcasters to use social media more fully, said Wang, citing the example of Oscars presenter James Franco, who broadcast a feed of his own performance at the event, using a device to record the audience from his perspective. Another example cited by Wang was Fox News’ use of Twitter to record the views of people watching the South Carolina Republican presidential candidates’ debate. Viewers could hashtag ‘Answer’ or ‘Dodge’ depending on how they thought the candidates were answering the questions raised. Viewers were also allowed to submit questions via Twitter and vote on how they thought candidates had done via hashtags.

Wang said Twitter was staffing up to enable the company to work more closely with broadcasters and was recruiting someone with this role specifically in mind.