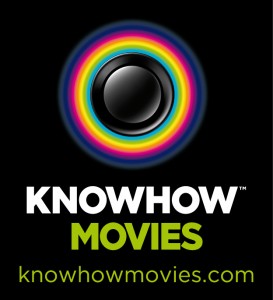 Currys has signed deals with Hollywood studios Disney, Pixar, Warner Bros and Momentum Pictures for a range of new movies in their DVD release window as well as catalogue titles. New releases will be priced at £3.99 (€4.70) to rent and £12.99 to buy, with catalogue titles priced from £2.99 to rent and £5.99 to buy. TV shows will be available from £1.99.

The company said it had 1,500 titles at launch, of which about 1,000 are movies. Niall O’Keeffe, Knowhow development director, said that he expected deals with other studios to be signed within the next few weeks.

The service will be available immediately on PCs and laptops, with content available in 1080p HD resolution. It will be extended to Android and iOS devices in the spring with connected TV platforms to follow in the summer, starting with Samsung, said O’Keeffe. Connected set-tops and games consoles will make Knowhow Movies available in the autumn, he said.

O’Keeffe said the chain would take advantage of its retail presence to push the service. “The reason we are looking at this market is that through our stores we sell 4.5 million connected devices annually, and we talk to 19 million customers each year, so we have massive reach,” he said. Currys stores staff have been trained to sell the service at the point of sale, and the company will also market Knowhow Movies gift cards through its stores. O’Keeffe said that the target market was people who had not yet used a connected TV service to consume movies. “Our job is to bring that 90% [of the population] to this technology,” he said. For TV content, Currys is trying to strike deals with studios that will allow it to make content available a day after its linear broadcast.

Rovi is providing the technology platform for the service. David Cook, senior vice-president, Rovi entertainment stores sales, said that the platform would allow users to start watching on one device and resume on another, with customers allowed to register up to five devices for the service. The service will use Rovi’s DiVX Plus adaptive bit-rate technology to match streams to the available bandwidth, but will support a range of DRMs.

Customers will be able to store content they buy in a cloud-based digital locker. For the present the service is using Rovi’s own platform for this. However, Currys plans to become an Ultraviolet retailer later this year.

Currys says that over half the PCs it sells will have links preloaded on the desktop to enable users to access the service. Currys has also teamed up with Intel to make the service available via Intel Insider-enabled PCs and Ultrabooks.