CSA to launch commission on connected TV in France 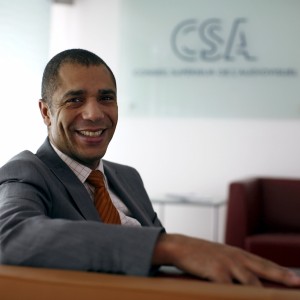 French media regulator the CSA is to create a commission to study the development of connected TV in the country.

Emmanuel Gabla (pictured, left), the CSA board member in charge of internet and new services, said that, even though only about 5% of French homes had a connected TV today, the regulator believed connected TV would become more important in the future.

Gabla said the CSA wanted to ensure that the basis of the finance of content creation would not be threatened by the entry of new actors and the potential relative decline in the importance of broadcast TV channels in media consumption.

Michel Boyon, president of the CSA, told BFM radio that he wanted to guarantee “freedom of choice” to TV viewers, meaning that viewers should not be conditioned by connected TV services to abandon the TV programme they were viewing and go elsewhere. He also said that he wanted to make sure that the finance of content creation in France, including films, continued to have sound foundations, and that the introduction of connected TV services didn’t compromise the values to which the country was attached.

Media authors group the SACD welcomed the launch and said it would press for an evolution of regulation to enable the exploitation of rights on connected TV platforms, and a regulatory regime that didn’t handicap French companies in the space by placing the sole burden to support local production on them in the face of competition from international players that were free of obligations.