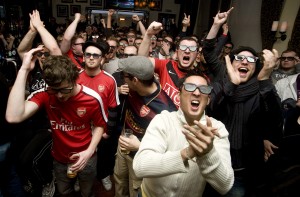 The English Premier League has claimed victory in the latest court case over its fight to prevent the use of foreign satellite TV equipment to view football matches in the UK.

The High Court has ruled that the football organisation can in theory take action against suppliers of equipment over breaches of its copyright, but the exact wording of the ruling has yet to be determined.

The move follows the decision by the European Court of Justice last year, in a separate case involving pub landlady Karen Murphy, that TV viewers should be able to watch matches via decoders supplied from anywhere in the EU, but with the proviso that the transmission in pubs and clubs of copyrighted material, including the Premier League’s logo and graphics, required the permission of the copyright holder.

The High Court ruling allows importers of decoders to carry on their business in a way that avoids copyright infringement, but also gives the Premier League, in theory, the right to take action against those who infringe its copyright.

“Lord Justice Kitchin’s judgment is consistent with the ECJ ruling. It is clear that the law gives us the right to prevent the unauthorised use of our copyrights in pubs and clubs when they are communicated to the public without our authority,” said the Premier League in a statement. “”We will now resume actions against publicans who are using European Economic Area foreign satellite systems to show Premier League football on their premises unlawfully and without our authority. There are other elements of the ECJ ruling which we believe are applicable under UK law and we will continue to explore these to protect our rights via the courts and other legal means.”