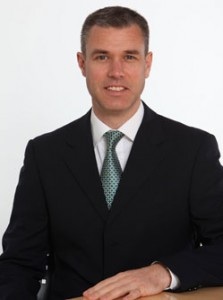 Connected TV services are “TV-like experiences” and should be subject to a higher degree of regulation than internet content access through a PC, according to Ed Richards, CEO of UK media regulator Ofcom.

Richards, speaking at the Oxford Media Convention, said: “Converged or connected TVs, which incorporate broadcast, video-on-demand and open internet services, are considered to be closer to a TV-like experience. Audiences therefore expect content over these devices to be more regulated than internet content accessed through PCs and laptops.”

Referring to a study carried out by Ofcom with 200 members of the public to assess attitudes, Richards said that “protecting minors from harmful content is seen as one of the most important parts of existing regulation” and was ranked as a higher priority than protecting privacy.

Richards raised the possibility that this could include a second look at the partial self-regulation of video-on-demand services by ATVOD, the industry body set up to watch over such services.

“It seems undesirable for these [connected TV] services to be subject to full broadcasting style regulation – by and large they belong to a different form of service and come from a very different context,” said Richards. “But we do need to consider whether to develop the approach in relation to existing co-regulation for video-on-demand to offer greater assurance and to ensure there is public trust in the approach to regulation as these services become more and more pervasive and significant.”

Richards said there was a case for common media standards to cover all digital media, including TV, internet video and the digital activities of print publishing groups. “In this context I wonder therefore whether there may be a fairly simple opportunity to establish a core set of principles and aims which are held in common across a diverse media terrain with different regulatory environments.”

Richards said that, while Ofcom should not be given responsibility to police the newspaper industry, it could play a role in producing a common set of principles for journalists across media following the Leveson inquiry, currently investigating the practices of newspapers in the wake of the UK’s phone hacking scandal.