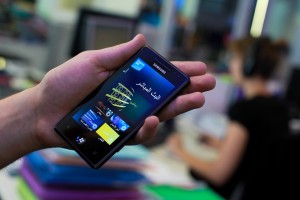 Of that total figure, 183 million households have 24-hour access to at least one of France 24’s channels while 52 million can watch for several hours a day as part of other channels’ schedules.

Frank Melloul, head of strategy and development for France’s external media organisation Audiovisuel Extérieur de la France, said: “France 24 has now achieved optimum distribution in Europe, the Middle East and in Africa. This is a resounding success for a channel that was launched just five years ago.  Now we have to expand massively into new zones, in new ways and adapt to the demands of local operators, particularly in Asia and North America. Because of the original perspective it provides within the international news sector, France 24 has real assets to offer on these markets.”