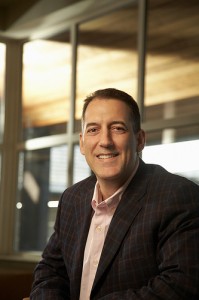 The CEOs of set-top vendors Pace and Amino have left their respective companies.

Pace CEO Neil Gaydon has been replaced by Mike Pulli, the president of the set-top vendor’s Americas division, following a turbulent year for the UK-based company.

Pace said Gaydon was leaving to “seek a fresh challenge”. He had worked at the company for 16 years and spent the last year issuing profit warnings. The latest, in October, was caused by flooding in Thailand that affected a hard drive supplier. Pace said Pulli has been appointed CEO and has joined the board with immediate effect.

Pace chairman, Allan Leighton, said: “Mike has developed a hugely successful business for Pace in the Americas, and his background and gravitas in the industry make him the right leader to succeed Neil and deliver our Strategic plan.

“We would like to thank Neil for his significant contribution to Pace over a 16 year period, the last five as CEO, and wish him and his family well for the future.”

Separately, Amino’s CEO Andrew Burke is leaving the company with immediate effect “to pursue other opportunities”. Donald McGarva, who is currently chief operating officer, will replace him.

Keith Todd, non-executive chairman said, “The board would like to thank Andrew for his success over the past three and a half years, both in developing the company’s existing IPTV business and in establishing a leadership presence for Amino in the new OTT market. We are pleased that Don, who joined Amino one year ago as COO, has agreed to lead the business through the next phase of profitable growth.”