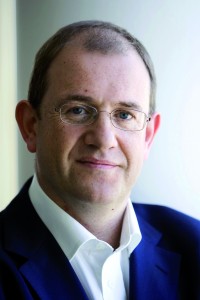 “OTT and non-linear TV viewing is not disruptive – it’s still going to be very small relative to traditional pay TV,” he said. Pointing out that data caps could have a huge impact on how affordable video was for consumption on mobile devices, he said that the whole OTT space was likely to remain in a state of flux for some time to come. However, he said, connected TVs were more likely to present a significant new distribution mechanism. This did not mean, he said that the traditional pay TV business model would be threatened.

“I’m willing to bet on the emergence of players that I can do business with in a similar style to the one I already have,” he said. “We see our role as supporting innovation by [existing pay TV distributors]. We do not see it has an opportunity to bypass those distributors. No good will come from making more stuff free.”

Curran said he did not expect any massive change in Chellomedia’s existing distribution split, which currently comprises 45% cable operators, 25% DTH, 10% IPTV and 20% mixed platforms. He said it was possible to imagine that new OTT platforms could account for 10% of the overall pie in the future.