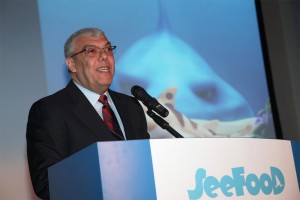 The general manager and a swathe of senior staff at the Al Jazeera Children’s Channel (JCC) have been dismissed, leaving international production partners in the dark about the future of their projects.

DigitalTVEurope.net’s sister site TBIvision understands that general manager Mahmoud Bouneb (pictured) and up to 30 of the senior JCC management, including director of programming  Malika Alouane, have been laid off. The sacked staff say that no official reason was given for their dismissal, but it is understood that the country’s public prosecutor will pursue a case alleging some form of mismanagement against  Bouneb and seven other staff. The pending case means that the former JCC boss, a Tunisian with a Canadian passport, cannot secure an exit visa and cannot leave Qatar. JCC is funded by the Qatar Foundation, a not-for-profit government-funded organisation that promotes the Arab state.

International partners first became aware of the changes at the channel when they received an email cancelling MIPCOM meetings, days ahead of the market. Bouneb and his senior staff were informed that they were being dismissed and left the JCC headquarters on the same day that they were preparing to leave for London, ahead of travelling to Cannes for MIPJunior.

Sources said that the decision was a complete surprise to Bouneb and his team, who had just had their latest five-year plan and budget agreed and signed off. It is understood that the Qatar Foundation has appointed Haya Khalifa Al Nassr as Bouneb’s acting replacement and Salim Al Mansoori as director of programmes. Haya Khalifa Al Nassr is also communication director at Qatar Foundation for Education, Science and Community Development and on the JCC board while Salim Al Mansoori was head of sponsorship at the Qatar Marine Festival Organising Committee.

JCC, which launched in September 2005 with a remit to educate through entertainment, has built a profile in the kids TV industry and has worked with a raft of international partners.

Decisions have yet to be communicated to all of these partners on the future of their projects although some have received an email stating that, following a review by JCC’s team, their previously agreed coproduction “does not meet or comply with JCC’s artistic vision and strategic production plans for the future.” The communiqué added: “Therefore unfortunately there will be no further discussions regarding pursuing these projects to contract.”

Saladin was another copro with MDec and the 3D animated series has been nominated for an International Emmy in the Children’s and Young People Category. JCC’s international office in Cyberjaya, Malaysia, managed JCC’s input into Saladin and is thought to have closed.

The kids channels also coproduced the first 26-part series of science series Discover Science with NHK and inked a five-year copro deal with the Japanese public broadcaster in February, which has been cancelled in the wake of the management changes.

Commissions by former JCC management include 115x30mins live-action gameshow The Buzzer from Zodiak-owned producer The Foundation, which was tipped to get a second series order. UK indie Rival Media was also commissioned to make 46-part reality gameshow Power Struggle and a second season was ordered earlier this year.

Acquisitions include CGI preschool series Driver Dan’s Story Train, which is produced for CBeebies in the UK and a reversioned Arabic version, Captain Karim Qitar Al Hekayat, is put together by Blink Studios in Abu Dhabi and distributed by twofour54. The second series has been delivered to the BBC, but the future of the second season of the Arabic version on JCC’s preschool channel Baraem is not known. Al Jazeera, JCC and The Qatar Foundation did not respond to TBIvision’s email and phone requests for comment.