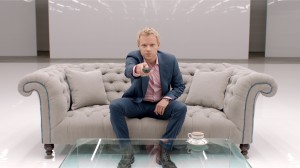 UK cable operator Virgin Media has signed up 222,000 customers to its TiVo service to date. The news came as the operator reported a solid third quarter performance.

Virgin Media had signed up 162,900 TiVo customers by the end of the third quarter, including 127,200 net additions, around a third of which were new to Virgin Media.

The operator also reported growth of 178,300 customers for its superfast broadband services, with 54% of new subscribers taking 30Mbps or above. Some 26% of the company’s broadband customer base now take speeds of 20Mbps or higher.

Net cable customer additions for the quarter numbered 6,300. Cable ARPU was up 3.2% to £47.86 (€55). The company said that, although churn was up slightly, the value and mix of its customer base was continuing to improve

Virgin Media’s cable customer base now numbers 4.79 million, including 3.762 million TV customers, down 5,700 quarter-on-quarter – which the company said was due to churn amongst those in the lowest paying tier – and 4.073 million broadband customers, up 19,100. The company’s fixed telephony base fell by 13,300 while mobile contract customers grew by 74,800.