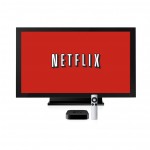 Over 42 million US and European homes are watching connected TV services, according to research from Strategy Analytics.

The report, Multiscreen Connected TV: Accessing Device Usage and Ownership, found that connected TV usage is twice as popular in the US than in Europe, with 20% of US respondents having watched internet content on their TV in the past month, compared with 10% in Europe. The report, based on a survey of 4,800 respondents, puts the difference in usage down to the success of US OTT services including Netflix and Hulu.

In the US, the most popular way of connecting the TV to the internet is via a games console, but Europeans prefer to connect a PC to the TV using an HDMI cable, the report found. Streaming over a home network and internet-connected Blu-ray players are also significant in both territories.

“These findings have important implications for content providers, device manufacturers and network operators,” said David Mercer, principal analyst and the report’s author. “They demonstrate that television viewers are prepared to go to significant lengths to watch their preferred television shows or movies on the big screen. In spite of the technical challenges, many people want to be freed from the constraints of traditional, managed television services if their choice of content is not available when they want, where they want, and at a price they are willing to pay.”