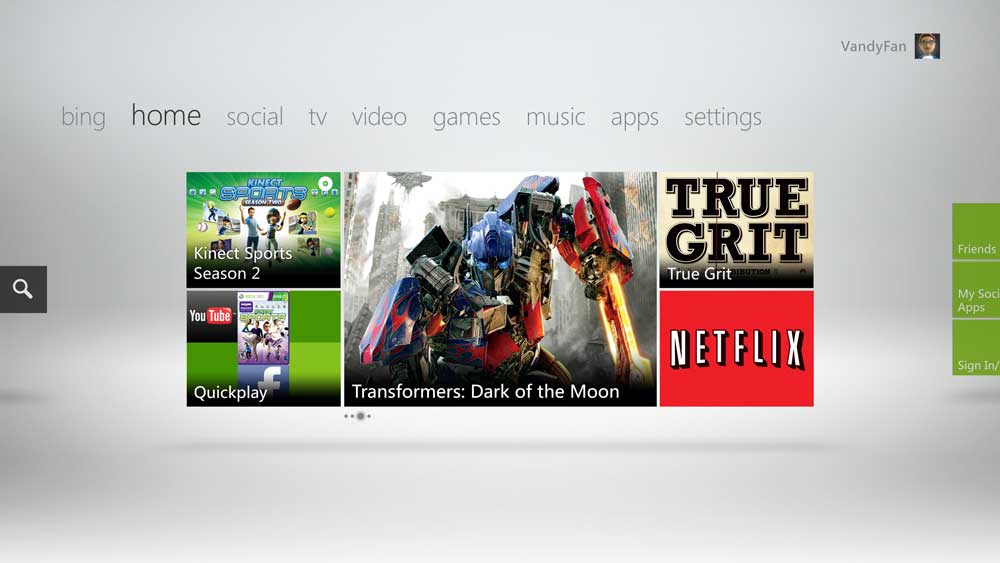 The BBC, Lovefilm, Telefónica and Mediaset will be amongst the European content providers offering services on Microsoft’s Xbox Live TV service when it launches this autumn.

Microsoft has announced over 40 global content partners for the service that will be available on XBox 360 games consoles connected to the internet. Other partners announced today include the UK’s Channel 5 and Blinkbox, Spain’s Antenna 3, Gol TV and RTVE and ZDF in Germany. These join existing European pay TV partners BSkyB in the UK, Canal Plus in France and Vodafone Portugal.

Microsoft used the E3 games show in Las Vegas in June to announce plans to launch a TV services on the XBox Live platform. It will use Microsoft-owned search engine Bing to make content easier to discover, including voice-activated search, and Kinect motion-sensor technology. The service will roll out this autumn to more than 20 countries.

“Today’s announcement is a major step toward realising our vision to bring you all the entertainment you want, shared with the people you care about, made easy,” said Don Mattrick, president of the Interactive Entertainment Business at Microsoft. “Combining the world’s leading TV and entertainment providers with the power of Kinect for Xbox 360 and the intelligence of Bing voice search will make TV and entertainment more personal, social and effortless.”

Channel 4 said it would make an app of its on-demand platform 4oD available on XBox Live, giving gold subscribers the opportunity to catch up on programmes broadcast in the last 30 days on Channel 4 or one of its sister channels. The 4oD app will also offer access to archive programming, including comedy series The Inbetweeners and dramas Misfits and Shameless.

Sarah Milton, head of VOD at Channel 4, said: “Continuing our strategy of making content available, on demand, where our viewers most want to watch it, we’re delighted to be able to offer 4oD on Xbox Live.”

Cyrus Saihan, a senior business development manager in the BBC’s Future Media unit said that Microsoft operates one of the UK’s largest connected TV platforms. In a blog posting, he said: “The level of awareness around connected TVs is still growing, with much of the mainstream audience still exploring the expanded capabilities of their new internet connected TVs, DVD players and set-top boxes – this is partly why the scale of and familiarity with gaming consoles is so exciting – by our estimates, we think that Xbox in the UK has one of the biggest connected footprints and so it’s a great way to reach our audiences.”