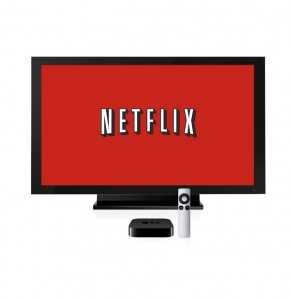 Netflix is separating its rental and streaming services and will soon offer rentals under a new brand, Qwikster. Reed Hastings, CEO of Netflix wrote to customers yesterday to say: “I messed up. I owe everyone an explanation.” The admission followed the company’s share price slide after it separated rental and streaming services, effectively hiking prices for top tier subscribers. Qwikster will launch within weeks and the pricing structure that pre-empted the subscriber outrage and subsequent adjustment of subscriber forecasts, will remain in place. The services will remain the same with the exception of the addition of Wii, PS3 and Xbox 360 video games to the rental service.

“For the past five years, my greatest fear at Netflix has been that we wouldn’t make the leap from success in DVDs to success in streaming,” Hastings said in a blog post, posted yesterday. He added: “But now I see that given the huge changes we have been recently making, I should have personally given a full justification to our members of why we are separating DVD and streaming, and charging for both.”

Qwikster and Netflix will have completely separate websites and services and customers wanting rental and streaming will need two subscriptions and receive two bills. The international services that Netflix has started to roll out – and outlined ambitious plans for – will be restricted to streaming under the Netflix brand. “Netflix will offer the best streaming service for TV shows and movies, hopefully on a global basis,” Hastings said.