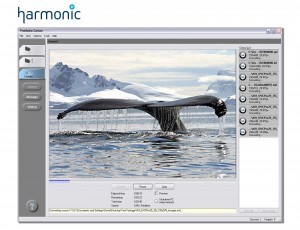 Harmonic has announced that its ProMedia Carbon file-based transcoding software has been deployed by Omroep Flevoland (OF), an independent broadcaster in the Flevoland region of the Netherlands that provides sports, entertainment and news broadcasting to the region’s 380,000 residents.

ProMedia Carbon is being used by OF to streamline the production workflow for the company’s multiscreen news delivery. ProMedia Carbon is deployed at OF in a transcoding farm configuration with multiple nodes controlled by Harmonic Workflow System software, which the system uses to automatically create the video assets. The newsroom sends requests directly to the ProMedia Carbon transcoding farm to archive, retrieve, and ingest content; create thumbnails; process commercials; and distribute via the internet.

“ProMedia Carbon is an essential technology component of our news production workflow,” said Bram Liplijn, chief technology officer at Omroep Flevoland. “In addition to the wide format support, high-volume transcoding, and video quality, ProMedia Carbon provides us with the crucial automation capabilities to keep operating expenses at a reasonable level by not requiring additional personnel to deliver 24/7 programming to these new distribution channels.”

Harmonic will be exhibiting at IBC on stand 1.B20