Deutsche Telekom is planning to create a new subsidiary specifically to look after high-speed fibre-optic networks and challenge the country’s cable operators in the high-speed access market, according to a report in the Financial Times Deutschland. 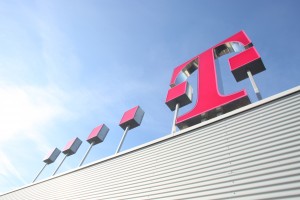 Citing people familiar with the plans, the paper has reported that the new company, FTTH GmbH, could employ up to 1,500 people in the medium term, beginning with several hundred employees in 2012.

Deutsche Telekom plans to invest some €10 billion in its fixed and mobile infrastructure combined between now and 2013, with about €1.5 billion reportedly earmarked for its fibre network.

Earlier this year Deutsche Telekom said it would connect up to 160,000 households in 10 cities to fibre-to-the-home networks by the end of 2011 and would expand its VDSL network to an additional 600,000 homes and deliver higher speeds of up to 50Mbps.

Telekom is rolling out FTTH networks in 10 cities, following the launch of pilot projects in Hennigsdorf, Braunschweig and Dresden last year.

In parallel, Telekom is rolling out high-speed wireless broadband based on a mix of HSPA Plus, LTE and WLANs.