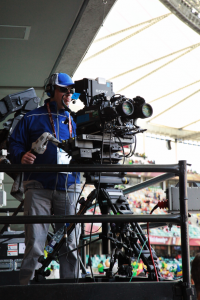 In acquiring Element Technica, 3ality said that it had gained an in house manufacturing and design capability and the opportunity to further expand its R&D infrastructure. Physically, the companies will combine in an expansion to the 3ality Digital headquarters in Burbank, California.

“As our primary competitor, we have always had great respect for Element Technica and their achievements. The complete compatibility and lack of redundancy between the companies has made this an ideal acquisition, strengthening the Company’s position to provide the most advanced and dependable S3D solutions to the market.  Perhaps the greatest benefit of this acquisition will be to the motion picture and broadcast producers who will now have an unprecedented amount of tools and technology tailored to meet their specific needs” said Steve Schklair, CEO of 3ality Technica.

Many of Hollywood’s major theatrical releases have been shot using these two company’s systems and technology, including Jack the Giant Killer, The Amazing Spider-Man, The Hobbit: An Unexpected Journey, Prometheus, Underworld 4, Oz, and The Great Gatsby.

BSkyB and the HBS feeds from the FIFA World Cup have also based their productions of live events on the backbone of 3ality Technica technology.

3ality Digital will be exhibiting at IBC on Stand 9.B40